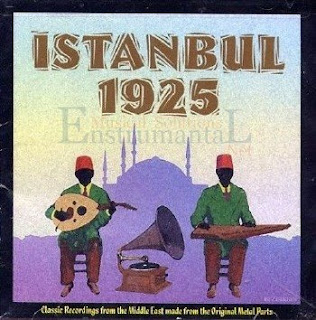 Title: Istanbul 1925
Artists: Various
Year: 1995
Production: Kalan Music
Graphic Design: Jerry Bezdikian
Production: Harold G. Hagopian
Description: Istanbul 1925 presents a collection of legendary performers from one of the most exciting periods in Middle Eastern music. Belly dancing, folk music and classical styles were merged together creating a sound which became the rage of Istanbul - a city situated literally at the crossroads of Europe and Asia. The greatest cabaret singers, musicians, dancers and classical artists from various ethnic backgrounds - Turks, Armenians, Jews, Greeks and Gypsies lived in Istanbul, creating a musical style that dominated the city for more than half a century.

Hundreds of recordings were made by His Master's Voice in Turkey and issued on 78 rpm records. Presented here are performances of Turkey's greatest artists recorded during that era, digitally remastered from the original metal parts, allowing the quality of the music to be heard for the first time without the additional distortion and surface noise of early 78 discs. Performances by Sükrü Tunar, Kemani Nubar, Kanuni Artaki, Münir Nurettin Selçuk, Udi Hrant and many others. Includes 23 page booklet with extensive liner notes and rare photographs..

Reviews:
"One after the other, the luminaries of Turkish music are presented on this recording. The liner notes are full of biographical snippets and a few pictures of the performers. This is an excellent survey of a very important period in Turkish music." Singout!
"Istanbul 1925 is a comprehensive introduction to a musical movement that had as profound an impact in Turkey as the development of rock'n roll did here." In Pittsburgh Newsweekly
"Mastered digitally from the original metal parts, they have a sound clarity that makes it seem as if they had arrived magically out of a time machine." Rolling Stone 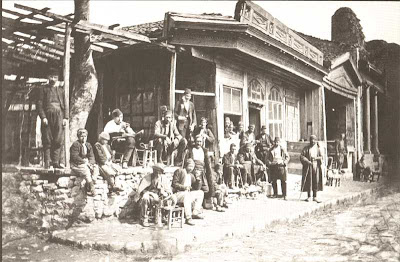 A wonderful CD showing alot of the old masters in Turkey!