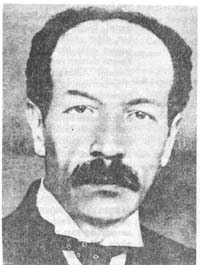 Tanburî Cemil Bey was the fourth and youngest son of Zihni Yâr Hanım, a slave and wet-nurse to Hayriye Hanım, the daughter of Sultan Mahmut II and Adile Sultan. Zihni Yâr Hanım married the assistant prefect of Shkodra, Mehmet Tevfik Bey, and Cemil Bey was born in Constantinople on May 9, 1871. Although he lost his father at the age of three, he completed his primary school education with the help of his uncle, Refik Bey. While at junior school, he learned French under Messrs Grégoire and Maurice. He began to play the saz at the age of ten, later taking up the violin and kanun, and later still the tanbur, which was eventually to win his heart. He learned makam theory from his elder brother, Ahmet Bey, and Western musical theory and the Hamparsum Limonciyan system from the violinist, Aleksan Efendi. A child prodigy at the age of twelve, by the age of eighteen he was already renowned as an instrumentalist of unrivalled talent. Profoundly knowledgeable of Constantinopolitan music, he was to play a decisive role in its development, and was also to devise and apply new playing methods to a wide range of musical instruments, particularly the lyra and the tanbur. He employed his knowledge of both traditional and western music to develop tanbur technique, and thus opened up new avenues for Turkish musical instruments as a whole. During a year at the School of Political Sciences, he met Aziz Mahmut Bey, a tanbur player whose father, Ali Efendi, agreed to tutor him in the same instrument. The first time Ali Efendi, a romantic composer, heard Cemil Bey play, he realized he was in the presence of a genius. When he declared that Cemil Bey played the tanbur even better than he did, word of his charismatic student’s abilities spread like wildfire through Constantinople’s musical circles. Through Ali Efendi, Cemil Bey came into contact with romantic music, under whose influence he was to remain for the rest of his life. At the same time, he acquired an outstanding technique, especially in the use of the plectrum, with a view to playing in the classical style, and was second to none at playing with the plectrum in the left hand. By playing more quietly and making less frequent use of the plectrum, he exploited the full potential of the classical tanbur, taking the instrument a stage further in its development. He also developed a new and more impressive method of playing during this period, thus establishing a new school. 17 At the age of twenty, he demonstrated his talent by playing the lyra, the lavta and the violin. It was Cemil Bey, too, who introduced the use of the bow to tanbur-playing, thereby creating what was in effect a new instrument: the yali tanbur. By 1900, his fa 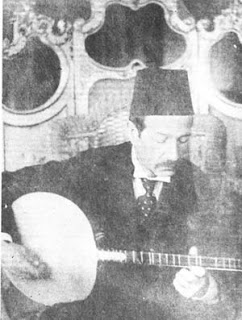 me had spread throughout the Ottoman Empire. When he appeared before Sultan Abdülhamit II with his tanbur and lyra, he was rewarded with 300 gold sovereigns and the post of General Secretary in the Ministry of Foreign Affairs. A versatile composer, Cemil Bey wrote peşrevs, instrumental semâ‘îs, longas, syrta, zeybeks, and art songs. Though he composed his instrumental works within the ambits of classical music, his conception of the capabilities of his instruments was such that these works display a new and original approach. His musical pieces appear to be divinely inspired in their innovativeness and uniqueness of form, although his songs were to prove somewhat less successful. Of all the Turkish instrumental works ever written in the Şed-i ‘Arabân makam, Cemil Bey’s saz semai’s may be regarded as the best. His peşrevs and semâ‘îs has been a constant source of discussion since they were composed—indeed, now more than ever—and are frequently played both in Turkey and abroad, where they are broadcast by radio stations in Tunis, Baghdad, Cairo, Damascus and Beirut. The wide distribution of his music was assisted by the fact that it was recorded and distributed throughout the Mediterranean area on 78 rpm records, on which Cemil Bey played both taksims and his own compositions. Most of the recordings were made between 1910 and 1914 by the Blumenthal brothers on the Orfeon label. On these recordings, Cemil Bey worked with some of the most famous musicians of his time, including Nevres Bey (oud), Ibrahim Efendi (clarinet), Cemal Bey (piano) and Bülbül Salih (violin), a student of the tanbur player, Kadı Fuat.
His Guide to Music, which contains elements of Turkish musical theory, was published in 1901. Cemil Bey married Şerife Saide Hanım in the same year, 1901, but the marriage was to prove a dif produced one son, Mesud Cemil, who was later to follow in his father’s footsteps and become a famous musician. In addition to playing the tanbur and the cello, he also became an orchestral conductor. Cemil Bey retired into himself in the last few years of his life, and sank into melancholy. He contracted tuberculosis, eventually dying from the disease in 1916 at the age of fortyfive in Constantinople.