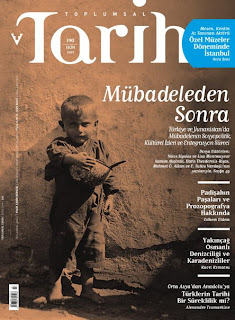 Description: A periodical published by the History Foundation since January 1994. The journal presents a fusion of the popular and the academic, each issue offering a number of interesting articles covering a wide field extending from prehistoric times to the present, the emphasis being on the Ottoman Empire and the Turkish Republic. The journal also holds an annual "History Competition" for university students, to raise the students' history consciousness and to accustom them to scholarly research and writing. 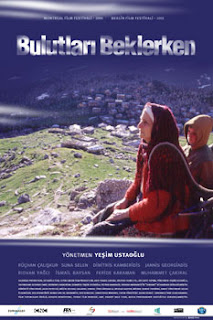 
"Turkish director Yesim Ustaoglu weaves a moving tale about the meaning of identity and the power of home. Along Turkey's northeastern Black Sea coast, beautiful valleys shrouded in mist hide terrible secrets about the country's bloody past. An elderly woman looks back on her long life after the death of her sister. For over 50 years, she has carefully guarded a secret about her distant past, but grief threatens to expose that she and her sister are Greek, not Turkish. In the early 1920s, after the Turkish War of Independence, Greeks were forcefully deported. But the old woman and her sister hid their true identity for five decades. Now she feels compelled to search for a long-lost brother in Greece.
Adapted from the novel by Georgios Andreadis, WAITING FOR THE CLOUDS follows an elderly woman living in Turkey on the coast of the Black Sea. There, she contemplates her painful past and the secret she's been hiding for 50 years."
www.cduniverse.com

About the Director: Yesim Ustaoglu

After making several award-winning shorts, Yesim Ustaoglu made her feature film debut with 1994's "Iz" (The Trace). The film was presented at numerous international venues, including Moscow and Gotenburg. Ustaoglu received international recognition for her 1999 film "Gunese Yolculuk" (Journey to the Sun). In competition at the Berlin Film Festival, "Journey to the Sun" received the Blue Angel Award (Best European Film) and the Peace Prize, as well as Best Film, Best Director, the FIPRESCI Prize, and the Audience Award at the Istanbul Film Festival. Yesim Ustaoglu's recent documentary, "Sirtlarindaki Hayat" (Life on their Shoulders) was screened at the 10th Annual Boston Turkish Arts and Culture Festival in 2005.


Starting trailer of Yeşim Ustaoğlu's Bulutlari beklerken (Waiting for the Clouds) (2003). Archive film shots of the resettlement of the Pontus Greeks.