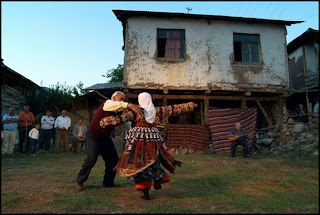 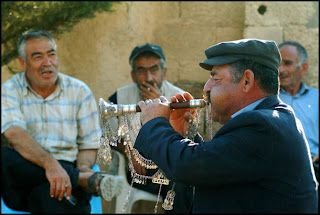 Original Title: Anadolu’nun Kayip Sarkilari
English Title: Lost Songs of Anatolia
Origin: Turkey
Year: 2008
Production Company: Nezih Ünen Productions
Language: Turkish and various languages as lyrics (English subtitles)
Description: A musical voyage among exotic places and people of Anatolia, unique host of ancient civilizations, empires as well as mythologies and glory of 10 millennia.
The fruit of 350 hours of footage, more than 40,000 km traveled and 133 recorded live performances, Lost Songs of Anatolia may be the first example of its kind as a documentary-musical film. The cultural riches of Anatolia are sung in authentic performances recorded live on location spontaneously. With the modern arrangements made, an incomparable musical is formed.
While this journey is showing how music and culture is derived from life, geography and work, an exploration of Anatolia’s versatile cultures takes place on a basis of music, dance and rituals. The staggering environment surrounding these people and influencing their lifestyles contribute the lyric flow of the film.
The making of this film took more than 5 years, during which Anatolia was explored thoroughly twice, and afterwards, several additional shootings were made at spot locations. A total of 133 performances were recorded on 121 locations and 43 of them were selected to take place in the film.

Cultures taking place in the film