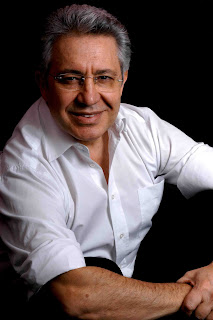 Omer Zulfu Livaneli was born in Ilgin, Turkey in 1946. After being held under military detention for three months during the coup of March 12th, 1971, he had to leave Turkey and move to Sweden. After Stockholm, he lived in Paris and Athens, and he returned to Turkey in 1984.

Livaneli’s latest novel “Leyla’s House” was published in Turkey in May 2006. His third novel “Bliss”, published in 2002, also a number one best-seller, made 44 editions, became almost a cult work and is recently adapted to cinema in Turkey. In 2005, “Bliss” was published in Greece and Sweden, and in 2006, it was published in France by Gallimard, in the United States by St.Martin’s Press and in Italy by Gremese. Immediately after its publication in the latter, Bliss was awarded by Barnes & Noble, the biggest bookstore chain in the world, with the annually given “Discover Great New Authors” award due to its “superior literary value”. Bliss will soon be published in Norway by Gylendal and in Netherlands by Prometheus/ Bert Bakker. His second novel “One Cat One Man One Death”, his first novel “The Eunuch of Constantinople” and a collection of his stories titled “A Child in Purgatory” have also been published abroad.

Livaneli achieved prominent success not only as a writer but also as a musician. With his songs, which have reached cult proportions, he has had an impact on many generations of Turkish youth. His 1997 Ankara concert was attended by no less than 500 thousand people. Livaneli's songs have been recorded by well-known soloists in foreign countries. His collaborations with Mikis Theodorakis of Greece have been noted as a gesture of bringing together the two countries. He has been giving international concerts and the London Symphony Orchestra has recorded his songs. His music continues to have an impact on Turks and non-Turks alike.

Livaneli is perhaps one of the most outstanding figure in the cultural, artistic and political life of Turkey. He also has had a formative influence through his editorial and movies.

Besides being one of the foremost defenders of Turkish-Greek friendship, he has been a highly influential figure in Turkey's political life for the past 30 years.

Livaneli has been a UNESCO Goodwill Ambassador since 1996.